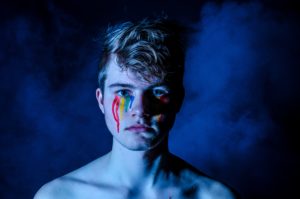 Sexual identity is complex; it exists on so many different levels in which looked at together, can encompass infinite variability and possibility.

Gender identity is how they feel inside in relation to their gender. Many people identify their gender primarily with their sex as assigned at birth, which is referred to as cisgender.

Transgender people identify with a sex/gender other than what was assigned to them at birth. Sexual orientation is to whom we are sexually and romantically attracted.

It is important for people to realize that there are limitless possibilities of whom people are attracted to and that all are natural expressions of human sexuality.

If you are questioning your gender or orientation, are a parent of a questioning child, in an LGBT relationship, you can find answers with clinical sexologist Dr. Stacy Friedman.

Your first 15 minute consultation is complimentary to ensure my services are right for you. The free consult is offered by phone or Skype voice only.

3 WAYS TO WORK WITH ME

"I was fortunate enough to have met Dr. Stacy....It had been three years since my divorce and things didn’t seem to be fixing themselves in the intimacy department...My girlfriend and I went to meet with Dr. Stacy with an open mind. I have to be honest there are some subject matters that are very hard to talk about. She made us feel completely at ease. By the end of the first meeting there was a marked improvement in my functioning. I basically was in my own head and couldn’t get out. Dr. Stacy was so effective that after only a few meetings the vast majority of any intimacy issues I was having for the past three years resolved themselves. I will definitely go back at any time if other issues come up."
- Trevor
"Just wanted to let you know that your first idea worked just after one session! My fiancé couldn't keep her hands off of me! We played around for 2 hours and were exhausted, better than when we first met! I didn't want to wait a week to tell you. I know this is just the beginning but it's definitely a great start! I'm excited to see what else you have planned moving forward. Thanks for all of your help!"
- Robert
"First, I wanted to tell you how much my husband and I loved you! You are incredible and we feel really comfortable around you! Second, I bought your book and so far I already loveeeee it! I’m halfway into it and it’s completely blowing my mind. I love how honest and real you are with all tips and scenarios you describe. There are so many things I am learning about my sex life that I didn’t even know it was possible. It’s insane how much I am addicted to this book, I'm scared to read it all and be over with it too soon lol!"
-Adrienne
"I don't know what you helped my future husband with today but dammit THANK YOU! He has been SO amorous, sultry and confident acting since I got home. I wanted to let you know what magic you worked! He made me dizzy it was so amazing! Thank you for "getting" us!"
- Jennifer
"If you need someone to talk to about things you would like to improve, fix, or spice up in the bedroom or just address your intimacy with your partner - Dr. Stacy is that person. She has such a kind heart and a fun personality which makes her really approachable and easy to talk to. She is also an amazing resource for the LGBT community and people in the transition period. Highly recommended professional!!"
- Luna Medina-Wolf, LMHC
"I love Dr. Stacy as she is a wealth of knowledge when it comes the sex, sexuality, and intimacy!! I love doing podcasts and live videos with her as she always brings my listeners the best advice! I highly recommend her services!"
-Dr. Eva Brown
Previous
Next